Envisioning the next decade of Galactic Center science: a laboratory for the study of the physics and astrophysics of supermassive black holes

As the closest example of a galactic nucleus, the Galactic center (GC) presents an exquisite laboratory for learning about supermassive black holes (SMBH) and their environment. We describe several exciting new research directions that, over the next 10 years, hold the potential to answer some of the biggest scientific questions raised in recent decades. Is General Relativity (GR) the correct description for supermassive black holes? What is the nature of star formation in extreme environments? How do stars and compact objects dynamically interact with the supermassive black hole? What physical processes drive gas accretion in low-luminosity black holes? We describe how the high sensitivity, angular resolution, and astrometric precision offered by the next generation of large ground-based telescopes with adaptive optics will help us answer these questions. First, it will be possible to obtain precision measurements of stellar or- bits in the Galaxy’s central potential, providing both tests of GR in the unexplored regime near a SMBH and measurements of the extended dark matter distribution that is predicted to exist at the GC. The orbits of these stars will also allow us to measure the spin of the SMBH. Second, we will probe stellar populations at the GC to significantly lower masses than are possible today, down to the brown dwarf limit. Their structure and dynamics will provide an unprecedented view of the stellar cusp around the SMBH and will distinguish between models of star formation in the extreme environment of galactic nuclei. This increase in depth will also allow us to measure the currently unknown population of compact remnants at the GC by observing their effects on luminous sources. Third, uncertainties on the mass of and distance to the SMBH can be improved by a factor of ∼10. Finally, we can also study the near-infrared accretion onto the black hole at unprecedented sensitivity and time resolution, which can reveal the underlying physics of black hole accretion. 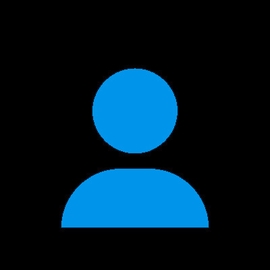